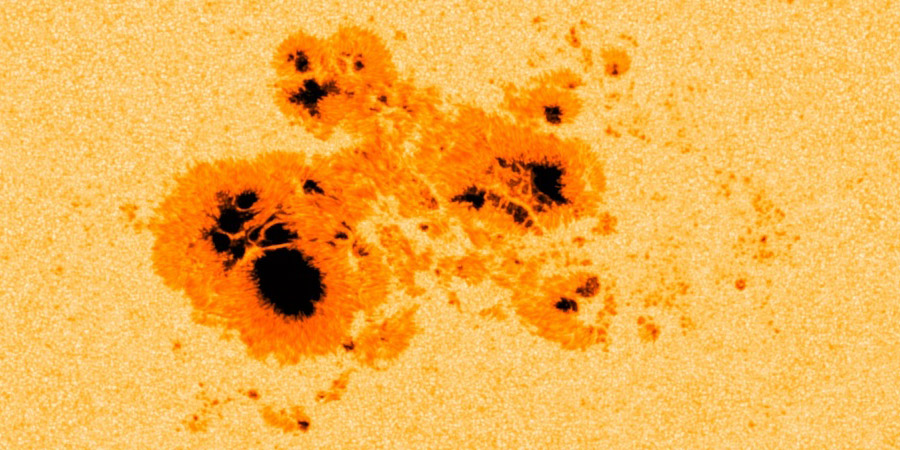 Sunspot region 2192 is now at the center of the earth-facing solar disk and remains very big but the best seems to be over with some decay in it's trailing section and loss of penumbral area in the central penumbral crumble. Several other spots also shrunk in size over the past few hours. Nontheless, it is now the largest sunspot region in 24 years.

Due to the slight decay of this region, sunspot region 2192 has been a bit more quiet but it still has the capabilities for further M-class events and a slight hances for another X-class event in the coming 24 hours. All the other sunspot regions on the disk are unremarkable. Any future solar flares will very likely be centered around sunspot region 2192 which is now directly facing Earth.