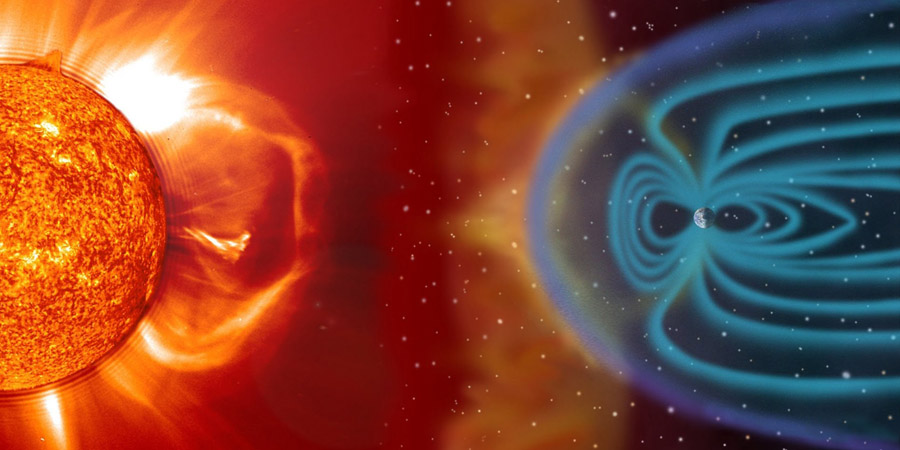 Bild: Artist impression of the solar wind as it travels from the Sun and encounters Earth's magnetosphere. This image is not to scale. Bild: The arrival of a coronal mass ejection in 2013, the difference in speed is obvious.

Bild: The location of a satellite at the Sun-Earth L1 point. April... The month of solar minimum?